I built this VW Bug in 1985 and began racing it in Pro Rally events in the PNW. Every time I crashed it, I'd make 'improvements' When I first started with this car, it was a fairly stock Bug with a 1900cc engine sporting dual Weber 44 IDF carbs, an over the counter Baja Bug skid plate, KYB shocks, and Armstrong snow tires. 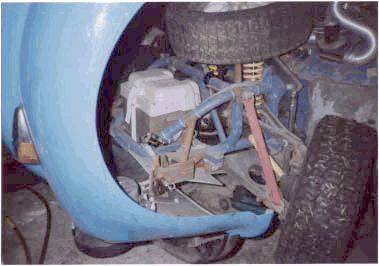 After one crash, I decided the stock front beam suspension was too flexible, heavy, and not cool. So I ended up basically tube-framing the car. I added Saab 99 upper and lower control arms and Saab 96 spindles along with inboard coil-over suspension, and a Datsun R160 differential mounted upside down with 4.88:1 gears in it. 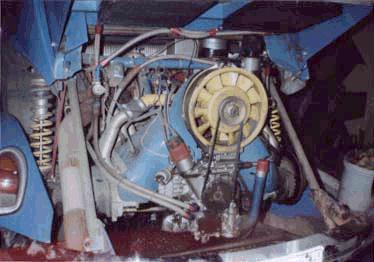 I built a 2733cc (82mm forged, counter-weighted crankshaft and 104mm forged pistons) TIV based engine and put a large Rajay turbo on it drawing through a heavily modified Holley 600 cfm four-barrel carburetor. 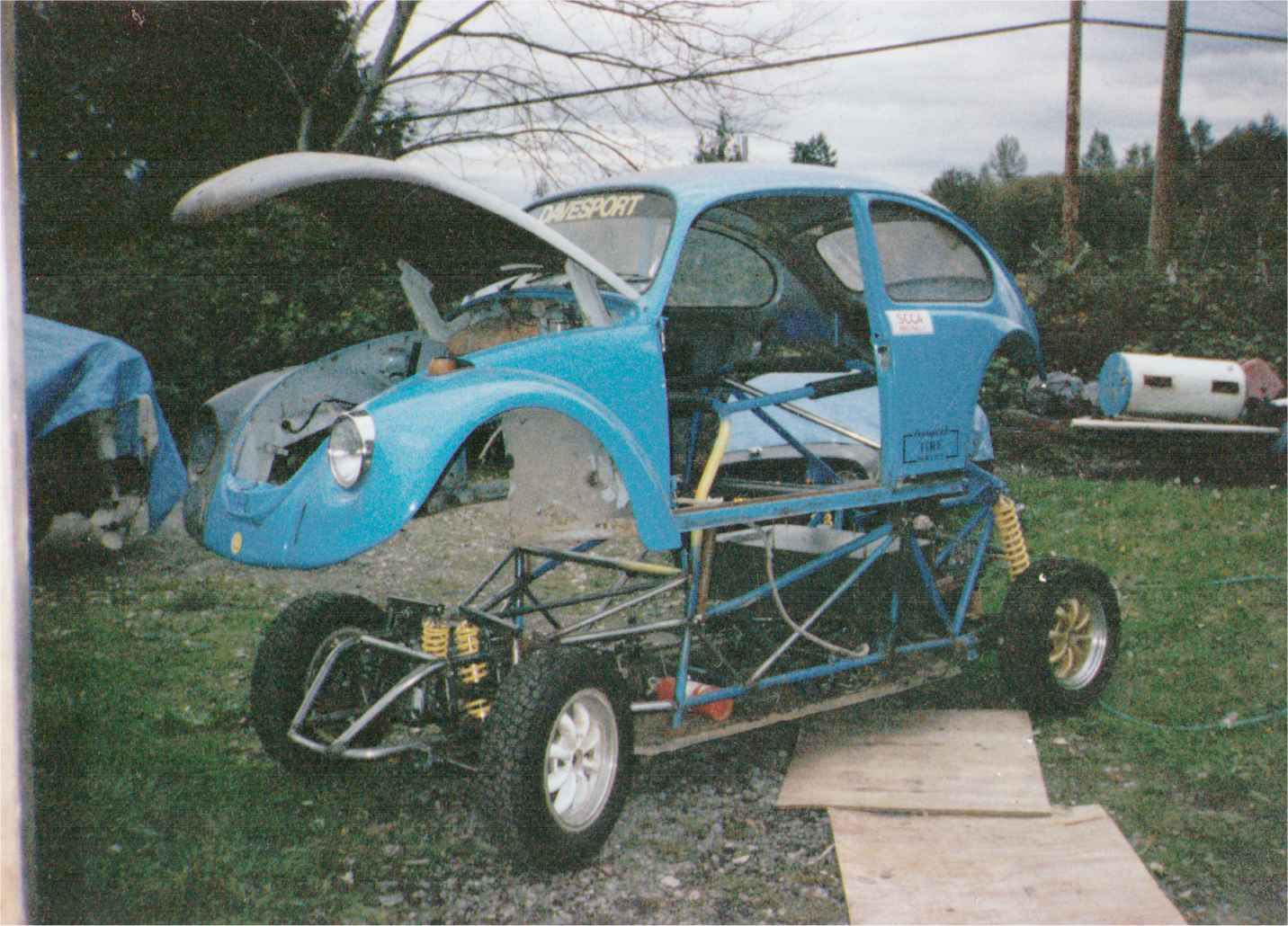 Yes, the body was removable. I put a slide-out tilt-up one-piece front end on the car, and the rear fenders and engine cover were fastened with quick-release Dzus fasteners. The doors had pit pins and also were quickly removeable.

The transaxle was a piece of work. It started out as an 091-1 transaxle from a Vanagon. I first had a bearing support welded onto the stock nosecone, and I built an output shaft that slid over the end of the pinion shaft. That used CV joints and a drive axle inside the tunnel going to a billet in-and-out box to disconnect the front differential for street use. I welded the transaxle differential into a spool. Eventually a friend machined a billet nosecone, as the welded-up stocker wasn't up to the task. 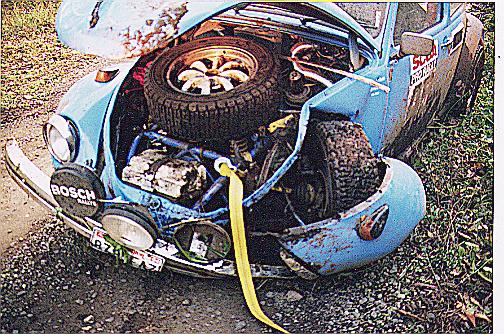 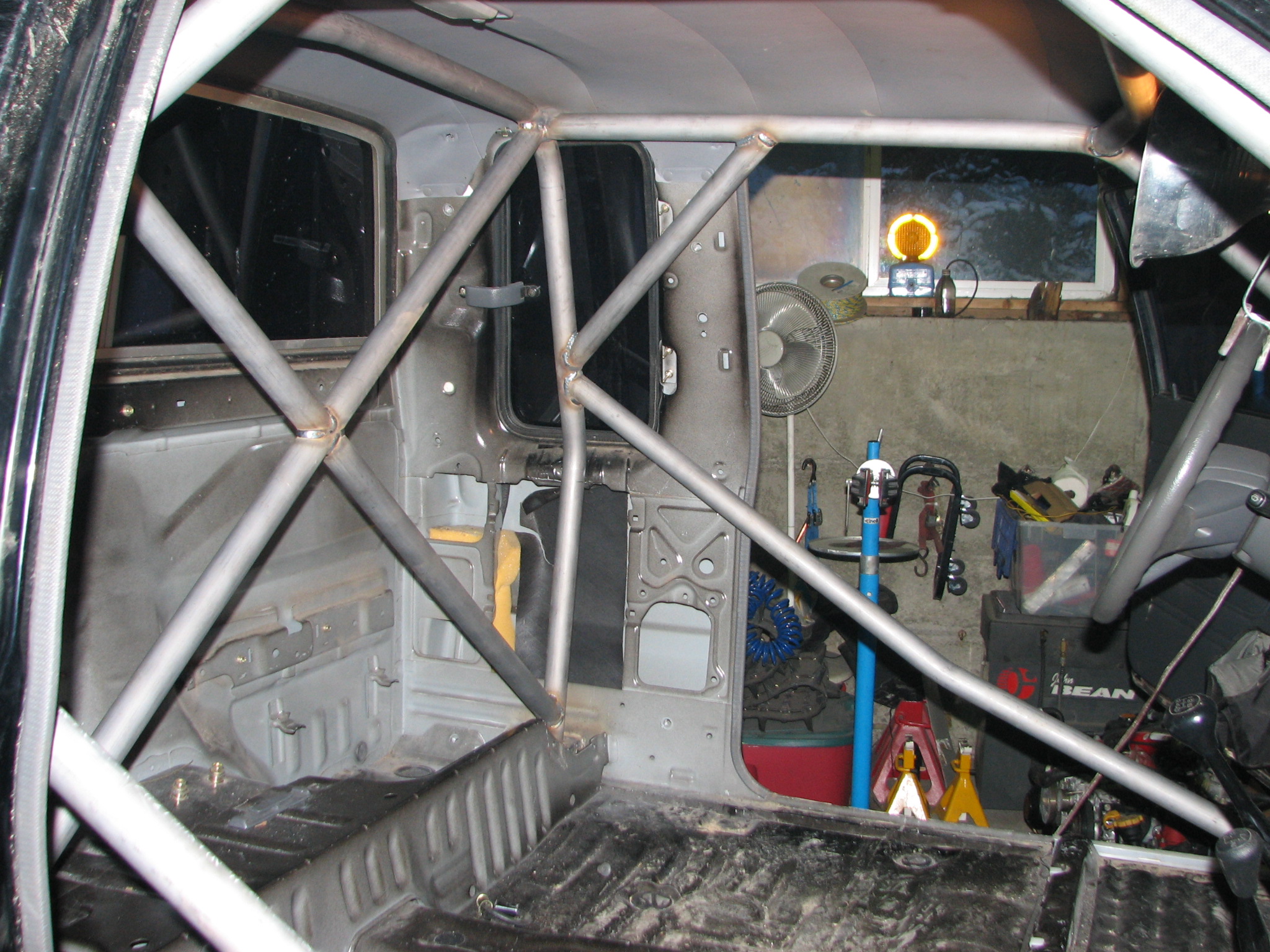 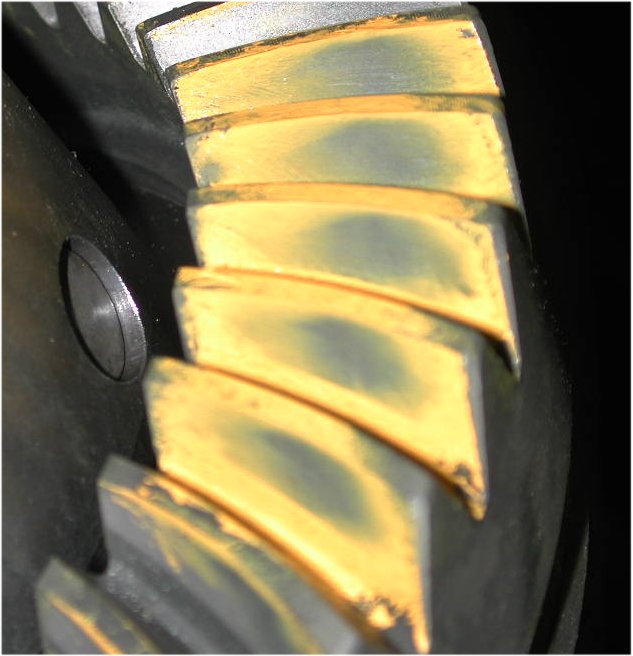